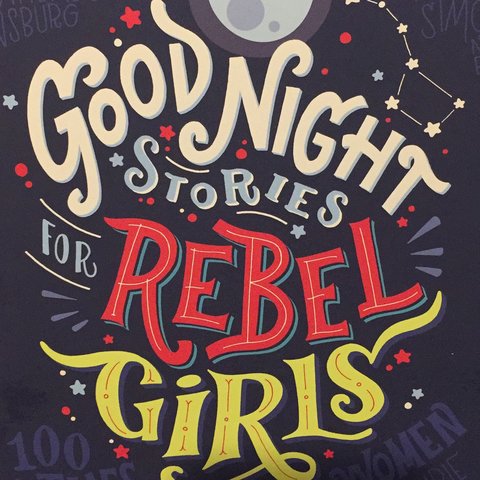 I feel very strongly about the need to raise our daughters to think naturally of themselves as strong, capable, beautiful and deserving people whose horizons aren’t limited by stereotypes and other people’s issues. When I think about this, two memories come to mind.

There was this one morning when we were on the way out of the house and my 4 year-old suddenly announced that she wanted to look in the mirror. We were in a hurry, so I asked why she needed to. She said “because I want to see how beautiful I am.” For a brief second I wondered whether I should make some comment about modesty and then I stopped myself.

Because she’s four. Damn straight she’s beautiful. She’ll have plenty of time for the world to try and beat it out of her and I’m not going to be the one to start her on that slippery slope. So instead we had a lovely cuddle in front of the mirror and I said “yes, God made you beautiful!”

A second conversation occurred during a phase when she quite often came home telling me that she wanted to be a boy. On one of these occasions I asked, as I usually did, why this was the case. Her response? “Because boys are clever and girls are pretty, but I want to be clever.” Turns out it was another little girl at her nursery who had told her this. I had a word with the nursery staff who took the opportunity to talk to all the children about gender equality!

There are of course much larger societal issues at play, but I think it’s nonetheless true to say that a lot of the barriers all of us face in our lives are psychological ones of our own as well as others’ making.

How do you boost your own self-image and encourage a positive and healthy self-image in others?