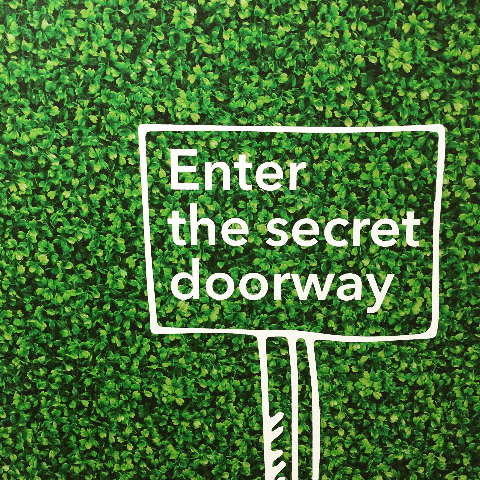 On a scale of ‘deathly allergic’ to ‘I love it to the end of the universe and back’, how much do you like networking? To what extent is it like some secret cabal for people in the know?

I used to see myself as extremely introverted: wallflower, hates parties, world is too peopley, socialising is utterly draining. Even amongst loved ones I needed to escape to a darkened room after a couple of hours. And then networking – ah, hell on earth. Can you relate? (If not, maybe keep reading anyway.)

Some five years ago I was taking part in a coaching trios exercise (where you take turns being the coach, client and observer). I was in the client chair, and had just mentioned my dislike of networking. My coach in the trio said: “Well, why don’t we talk about that – in fact, let’s try it out now and see how you get on.” and I physically recoiled with a “No!” “Aha!” she said. “Look at that! You actually leapt back in your chair! What’s behind that?”

To cut a long story short, I realised that day that I had a bit of a phobia about it all. I hated it because I always felt like I didn’t have anything to talk about and was scared of coming across as stupid and uninformed. I also realised that it wasn’t just professional networking; it was any group setting where I felt surrounded by far more intelligent people (even among friends) and therefore felt unable to put in any twopenneth worth talking about.

That day I discovered two key strategies for overcoming my fear: first, learning how to take a step back, away from the perceived pressure to appear intelligent, and into a space where I asked questions instead (because even if you don’t, lots of people do like to talk about themselves). Second, once I was out of the perceived spotlight and a conversation had started to flow, I realised that I actually knew more about any given topic than I thought I did.

More recently, I’ve moved from being better at networking to actually enjoying it. There are, I think, a number of factors that have led to this, primarily the fact that, in having started to love myself properly, my happiness and confidence have grown markedly and I seem to have developed an expanded capacity to welcome others into my world. There is also a great deal to be said for finally doing something that I care passionately about; now I actually want to talk about my work.

The funny thing is, now that things are easier in the context of networking, it’s as if the tumblers have fallen into place, the lock has clicked and the door’s wide open. I keep finding myself initiating conversations with strangers simply to make a connection. And then I find that me being happy and wanting to connect is somehow contagious, which is a lovely effect to have on people.

The way I’ve started thinking about all this is that I really don’t like to call it networking, because it can be off-putting jargon for what is, at its core, creating relationships, finding things to bond over and seeing how you can help the people you meet.

I think everything flows from this. Ultimately everything you do is about people. Getting to know people, being curious about people, building connections with those people, and having mutually fulfilling interactions. Selling products? Focus on what your customers want. Service-based business? Find out what problems your potential clients are trying to solve and then focus on that, not what you want to push out to them. Attending a professional networking event? Find out about the person you’re talking to, not just their job or business. Tricky colleague? First, make them feel heard and understood.

I don’t know about you, but I hate small talk; I’d much rather skip straight to the meaningful conversation. Don’t be afraid to go deep. Shall we skip past the weather and the state of the country? Let’s pretend we’ve known each other for months and have that conversation instead. Suddenly we’re entering interesting and worthwhile territory.

Don’t get me wrong, I’d probably still rather curl up at home than dress up for a night out, which also explains why I often look like I’ve gone out in my pyjamas. But that’s me, you know? And on that final note – just be yourself. I want to know you, not the person you think you should be. Everybody is fascinating when you take the time to get to know them, which is exactly what I’ll be doing.