We talked about the chaos (Pryor and Bright) and planned happenstance (Krumboltz) theories of career at Quiet Space’s inaugural career reinvention day last Saturday. Only briefly, because career development theories aren’t really the best thing for a post-lunch slump (unless you are a geek like me).

I quite like chaos as a conceptual backbone to careers theory. In a nutshell, the chaos view of careers says that you and I are complex systems who are subject to complex influences and chance events. It’s all about unpredictability and non-linear, continual change. Planned Happenstance similarly embraces the idea of serendipity and being open to uncertainty, maximising your ability to capitalise on unforeseen opportunities when they happen in your life.

More traditional theories of career development typically invoke some sense that career can be logically planned and the plan then followed. In contrast, chaos and happenstance shift the perspective from prediction and control to saying that indecision and not knowing are in fact part and parcel of living well within our complex and changing reality.

This is not to say that life is random. Instead you might like to think of life, and career, as a fractal… starfish. 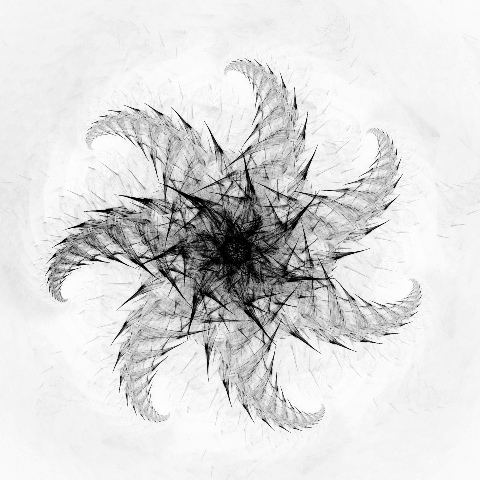 I like fractals. They’re infinitely complex systems created by the recursion of a simple process over in an ongoing feedback loop. As an analogy for life, I think the fractal starfish is pretty spot-on – daily life can be so simple, yet so complex and beautiful. Just like the emergence of a fractal, life isn’t predictable, but needs to be understood in the context of the multiple possible and interconnected outcomes of a dynamic process in a complex system.

Growing up, I wanted to be an archaeologist, psychologist, astronaut, teacher. Aspirations directed me into triple science before I funnelled myself into the arts and social sciences, via a college that I only went to because the other one I liked was too far away and I didn’t want to go to the same college as my overachieving elder sibling. A scholarship scheme that I discovered by chance gave me one of two coveted full overseas university scholarships throughout the duration of my degree, before the Asian financial crisis prompted me to stay in the UK for graduate study and my first job. I found myself in University administration after an initial research post, simply because I wanted a permanent fixed-term contract. They were recruiting for two possible jobs via the same interview process and I secured the one that would eventually prove to give me greater visibility and profile, because of a hunch from the hiring interviewer about best fit. Between 2004 and 2017 I found myself in four different jobs, all internal moves (none of which I was interviewed for), chiefly due to the right connections and being in the right place at the right time. In 2016 I had a mental health crisis that had been brewing for a while, which I can link directly to seizing hold of the day and taking the plunge to launch a new career in coaching in 2017. And I feel like I’m finally where I want to be. Will what I’m planning right now materialise the way I’m currently envisioning? Probably not. I don’t know what’s going to happen, but I’m making the most of the journey, always focusing on continual learning and growing, and being comfortable with not knowing.

Both the chaos and happenstance theories of career talk about the kind of skills that we can develop to allow ourselves to best take advantage of those unexpected opportunities when they come our way. In brief, these are:

If you look back at your own career, how much of it would you say has occurred by planning and design? And how much by circumstance, accident or sheer luck? Did you find your way to where you are now having planned for it? Could you have predicted what factors would have underpinned your future career decisions? Do you have regrets about any decisions you’ve made, or do you take the view that each choice you’ve made, though you didn’t know it at the time, has led you inexorably to where you are?