We somehow appear to be over halfway through January. How’s your month going so far? Did you make New Year resolutions? And if you did, how far have you stuck with them?

Last week I came across a quote that said “January is the Monday of the year”. The analogy is fitting, I suppose, for that (often reluctant) return to work after an extended break – starting the engine from cold; pulling out the choke; jump starting the battery. Excuse the motoring metaphors; I’ve currently got my next car on the brain (the Suzuki Jimny, in Kinetic Yellow, but I digress).

You may have read the research that tells us why January, despite its standard 31 days, always feels like the longest month of the year. Yes, science has spoken. That, plus January’s often the longest month between paydays. So not only are you cold and grumpy, but now, to add insult to injury, you also don’t have any money. 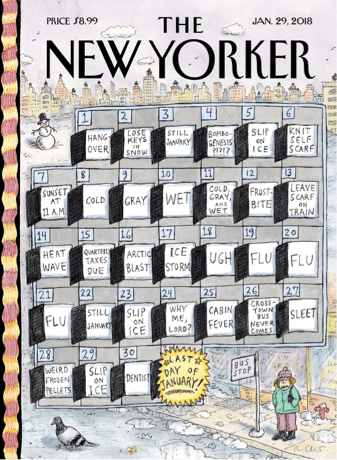 It’s interesting, therefore, that for that final January flourish, lots of us then place ourselves under pressure by setting resolutions that are unsustainable, not fully thought through, insufficiently specific, or have the wrong focus. You’re going to lose ten pounds, save more money, eat less sugar, stop drinking, and argue less with your partner. You’ll start with the best of intentions, and burn brightly for two weeks before life catches up. Indeed, some research conducted by Strava discovered that in 2018, 12 January was the day that most New Year resolutions ended up slinking guiltily into the shadows.

Where did my motivation go?

So what happened? According to Dr Raj Persaud in his book The Motivated Mind, the science of self-motivation helps us understand that there are only three reasons why people don’t achieve what they want: resource depletion, inadequate tracking, and goal conflict.

‘Resource depletion’ occurs when your resources are insufficient for the task. That might be in practical terms (for instance a genuine lack of time, or not enough funds), but more often than not it’s physical or emotional (lack of energy, low mood).

‘Inadequate tracking’ refers to when you fail to adequately monitor progress towards attaining your goal. Because steps towards goal achievement are often gradual and incremental, measuring your progress provides valuable feedback on how effectively you’re working and how close you are to your target. If you don’t know where you are, it’s difficult to see how to get to where you want to be.

Finally: ‘goal conflict’. This occurs when a goal that you set is incompatible with one or more other things that you set out to do. Maybe the last time you resolved to participate in Dry January, you lasted 10 days because you wanted to kick back and relax the weekend after returning to work. Often the conflict is between longer-term goals and shorter-term desires – psychological experiments have repeatedly shown that we have a predilection for valuable outcomes sooner rather than later.

Our inbuilt preference for earlier gratification means that we’re battling our biology every time we try to focus on that distant reward. And the thing about willpower is that generally it is quite an unreliable beast, so thinking that you’ll be strong enough to stick to your goals this time is, unfortunately, not a particularly effective strategy.

Firstly, don’t abandon the desire for self-improvement; having New Year resolutions isn’t in itself a problem. The problem that lots of us have, even before we come to the question of motivation, is that we don’t set the right goals. Sometimes, in fact, we might not even really be ready for change.

Are you stuck in chronic contemplation?

(The Transtheoretical Model of Change, Prochaska and DiClemente)

Studies of change have found that people move through a series of stages when intentionally modifying their behaviour. Change, in other words, is something that unfolds over time. I think the most pertinent stage to talk about here is that of Contemplation, where people intend to change, but aren’t quite ready – they know what the advantages of change will be, but they’re also highly aware of the drawbacks. This can produce significant ambivalence and procrastination, which often means that people stay stuck.

No surprise then that most resolutions, apparently, are repeated five years in a row!

If you’re stuck in chronic contemplation or are otherwise getting in your own way, you need to tackle this first. This is where psychological coaching can be really valuable, helping you to understand and modify unhelpful beliefs, tackle underlying cognitive rules and assumptions, and learn to develop greater self-belief and self-acceptance. For now, though, I’m going to assume that you’re ready for action.

Here’s where it all starts to happen. How do you set satisfying and achievable goals? When I work with my coaching clients on this, we go through a process that includes goal clarification, prioritisation, and design. The kinds of questions we might explore at each stage look somewhat like this:

Clarification: What’s the overarching goal? Why do I want this? How does it align with my needs and values? Is this goal short-term in nature or does it require motivation to be sustained over a longer period?

Prioritisation: How high a priority am I placing on this goal? Where does it sit in my overall goal hierarchy? How does it align with my other goals? How can I address any goal conflict?

Design: Am I setting dead person’s goals? How can my overarching goal be broken down into achievable steps?

During the process, we also pause to reflect on a few important things.

First things first: What the heck are dead person’s goals?

Well, simply put, they’re goals a dead person can achieve better than you.

Language is really important when it comes to goal-setting. Goals like “I want to stop drinking”, “I want to eat less sugar” or “I want to argue less with my partner” are all about doing less of something or stopping something (let’s face it, the dead person’s got that in the bag, and he’s way ahead of you).

Instead, think about how you can turn that around to aim for positive action. What you focus on you tend to create, so focus on the things you want, not the things you want to get rid of. Ask yourself: So if I stop this, or do less of this – how are things going to change? What will I start doing, or do more of? How will I behave differently?

Vagueness is not a goal-setting virtue

Remember inadequate tracking? It’s hard to know how close you are to your destination if you don’t know where you are – but even before that, it might have been Seneca who said “if a person doesn’t know to which port they sail, no wind is favourable”.

So be clear about what you want your end result to be. Be specific about what, how, and by when, and make sure too that what you’re aiming at is realistic and achievable within the parameters you’ve set yourself. And then don’t forget to check in with yourself on a regular basis to assess your progress and recalibrate if you’ve gone off-track.

Daily commitment to action and consistency are key

Let’s assume you’ve set a great goal. You have a vision of what you want your end point to be. Now what? How do you get from here to there?

Here’s where we come to talk about a systems mindset. To read more about this, I highly recommend you pick up Scott Adams’ book How to Lose At Everything And Still Win Big: Kind of the Story of My Life. In Adams’ words: “For our purposes, let’s say a goalis a specific objective that you either achieve or don’t sometime in the future. A system is something you do on a regular basis that increases your odds of happiness in the long run. If you do something every day, it’s a system. If you’re waiting to achieve it someday in the future, it’s a goal.”

Having a systems mindset means that, rather than being end-state and future-oriented, you become process and present-oriented. You can see the longer-term vision, but what you’re doing today is the thing that matters most. If your goal’s to run a marathon in September, and you start training now, you’re not going to see any difference tomorrow. But follow that training plan week in, week out, and come the marathon, you’ll be ready. You may not be able to tick that overarching goal off your list until September, but if you commit to consistent daily action, you’ll be winning each and every day.

So start breaking down that overarching goal into small, achievable daily ways of being that you can sustain over the longer term. Think micro-resolutions – commitment to a limited, specific and measurable change in behaviour or attitude that produces a tangible and immediate benefit. It taps into that predilection for immediate gratification and the positive feedback keeps us encouraged. And you know what else? One of the best cures for lack of motivation is taking action. Just do it.

And that’s it – I do like it when a plan comes together. One final parting thought before I go. You can do all this at any time. You don’t need to wait for a new year, a new month or even a new week to start working towards the change you want to see. So if you abandoned your 2019 New Year resolutions last week, here’s your next chance. It starts now. You’ve got this.