Returning to work after a career break

Returning to work after a career break 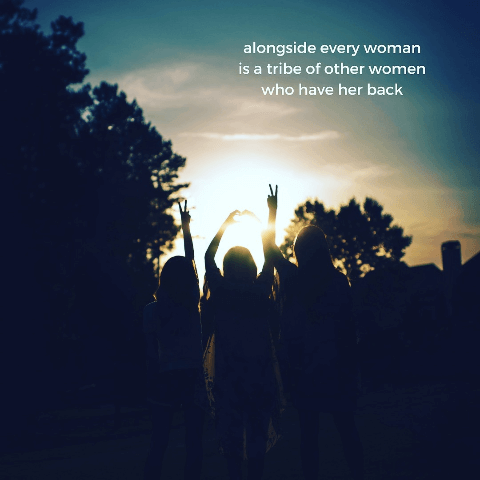 In a week encompassing International Women’s Day and Mothering Sunday, I’ve been thinking about women’s careers in the context of gender inequality – glass ceilings, the gender pay gap, harassment, societal expectations and conditioned expectations of self. I don’t want to get too political today though, so maybe gender inequality is a topic for some other time. What I did want to write about was my perspective on the impact that motherhood has on your career, particularly with your first child or when you’ve taken an extended career break to raise your family (still a disproportionately female endeavour, but yes, politics…).

In the course of my coaching career, as well as in previous management roles, I’ve worked a great deal with women who have taken time out of the office for family reasons. One thing is clear, whether you’ve had nine months of maternity leave with your first child, or a fifteen-year career break to raise three children, returning to the world of work can be hugely daunting, both in the prospect of return and in the actual transition.

The challenges vary from person to person, of course, but I think there is nonetheless a great deal of commonality in the experience. If you’re returning from maternity leave, fatigue and overload are often front and centre – quite apart from horrific sleep deprivation (and the concomitant caffeine dependency) if you’ve been battling with a child who clearly hasn’t read the sleep manuals, you might still be coming to terms with a new physical and psychological identity in which the person you once knew has gone AWOL, replaced by someone who’s mostly forgotten how to have a proper adult conversation and whose life for most of the past year has mainly consisted of attempting to get out of the house before you’re due back home and trying to drink a cup of tea that hasn’t been microwaved at least twice (although you do now have new skills that include being able to switch off lights with your toes and work a variety of household gadgets with your elbow).

And when you return, everything is simultaneously familiar and foreign (all the more  so if, like me, you decided to get a new job while you were on leave – you know, because you are slightly masochistic). Your sleep deprivation is magnified from the exhaustion of being back in the work environment and absorbing new information in addition to re-learning all the things you forgot while you were away. Plus you’ve still got all your responsibilities at home, juggling kids’ schedules alongside keeping the household ticking over and in a vaguely clean, fed and organised state, and bearing the mental load of remembering everything on that burgeoning task list. You think you’re failing at everything because you still expect yourself to be able to perform the way you did before life changed and now you are neither a good employee (because you can no longer work all hours) nor a good mother (having left the baby wailing at nursery), or indeed a good wife/partner (because you are almost exclusively a mother and have somewhat forgotten how to be yourself). And then when you’re finally up to speed at work again – maybe, just maybe, you find yourself fretting about no longer having the focus or ambition you once had.

If you’ve been out of the workforce for a matter of years rather than months, lack of confidence and the issue of identity can feel like even more of an insurmountable barrier. The gap in your work history can feel like an ending, and your professional self a distant memory. Because you’re firmly rooted in a different world, going back is about something larger than a ‘return’ – it necessitates a re-invention. Perhaps you don’t want to go back to your previous sector or industry, or discover you’re going to need further education and retraining to get anywhere. Then the big questions start. Who are you now? Who do you want to be? What are you interested in (that will pay you)? What do you actually want out of a career? Where do you start? How do you get from now to where you want to be? Are you even going to be able to get a job? Do you have any currently marketable skills? Are you going to fall flat on your face?

It doesn’t matter how long you’ve been away for; the time will have changed you. Your priorities, values, interests and skillsets are likely to have shifted, and with them possibly also what you might want from your career. Sometimes a career change isn’t what you want, but is nonetheless going to be enforced due to childcare issues or the lack of a sufficiently supportive or flexible work environment. More often than not, however, many women come to a realisation that they themselves want to make a change that will fit their new circumstances or desires more closely. But this doesn’t mean that your career has no future. Take note: your career doesn’t have to stop because you’re now a parent and might want to move to part-time or flexible hours, or to a job that fits more easily around family.

Where do you go from here? There are a few things worth reflecting on, I think.

The first is that you probably have more going for you than you might realise even if you’ve been out of the work world for years. Coordinating three children and a household? Administration, organisation and budgeting, not to mention creativity and the ability to pull things out of a hat at the last minute (World Book Day, I’m looking at you). Volunteering with the PTA? Tact, teamwork and negotiation. You get the idea. I don’t say this to be flippant; the important point here is about recognising transferable skills and being able to present them in a way that’s relevant to potential employers.

The second is giving yourself time and permission to ease back in, because it often takes at least 3-6 months to properly get to grips with the big change in your routine and to start feeling like you know what you’re doing. In any job the learning curve can last for a year or more. Don’t expect, after just two weeks on the job, to be back at the level you were. Be kind to yourself.

Thirdly, I think there are always compromises. Can you have it all? Personally, I think that every choice you make about how to spend your time means a choice to not focus on something else. But that also means that you don’t need to feel guilty if you’re not keeping all the balls in the air 100% of the time. Some things will give. And that’s ok.

And the final point? You don’t need to do it alone. If you’re currently planning a return from maternity leave or a long career break and this article has struck a chord with you, get in touch to see how return to work coaching can help you make the transition back into the working world with confidence. Take a look too at the upcoming Career Reinvention Day for a perfect kickstart.